▷ What to see and do in ANNECY, France 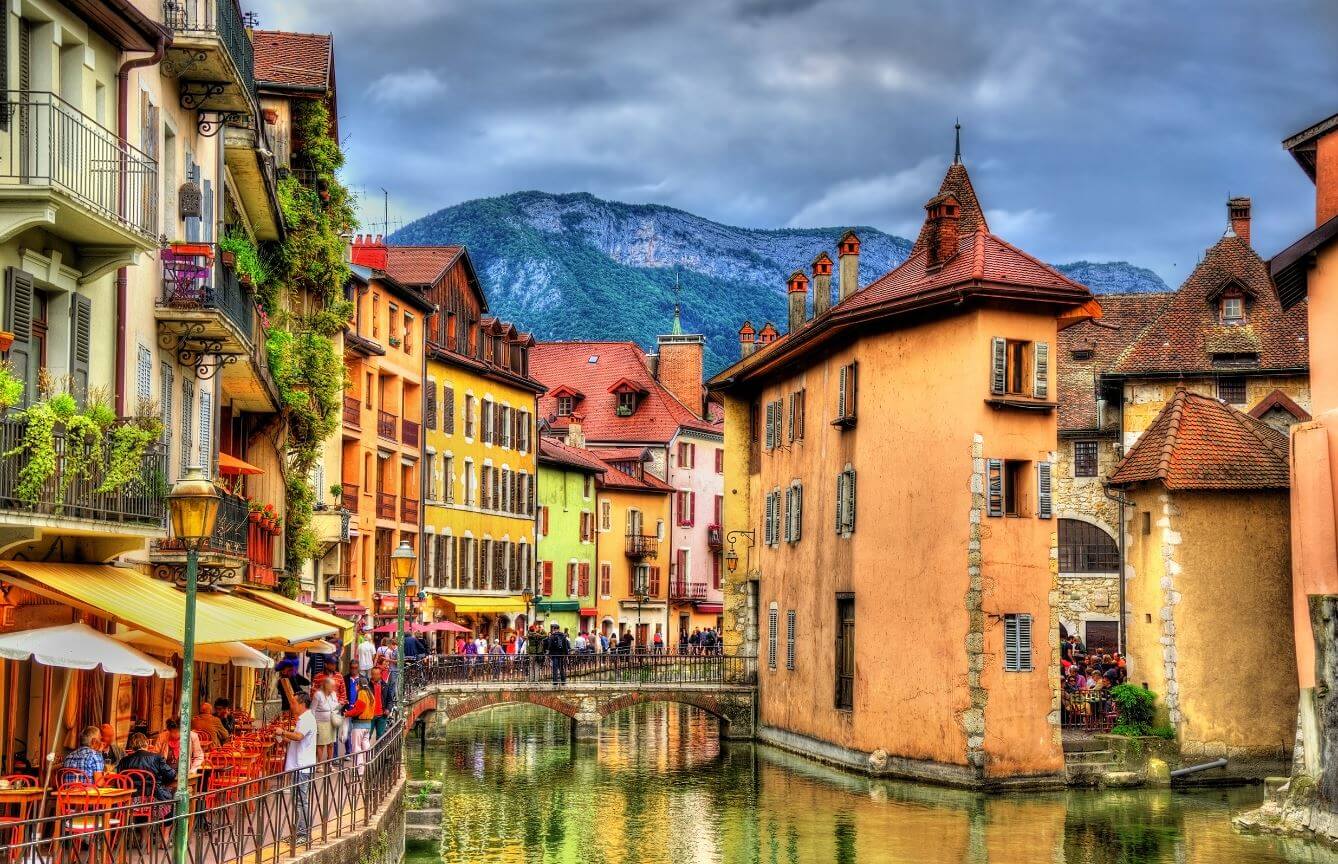 Annecy, France, the most famous lakeside city in the Alps, is the pretty and charming capital of the department of Haute-Savoie, in the French region of Auvergne-Rhodano-Alpes, is located in the north-west of France, very close to the Swiss border, just 42 km south of Geneva. 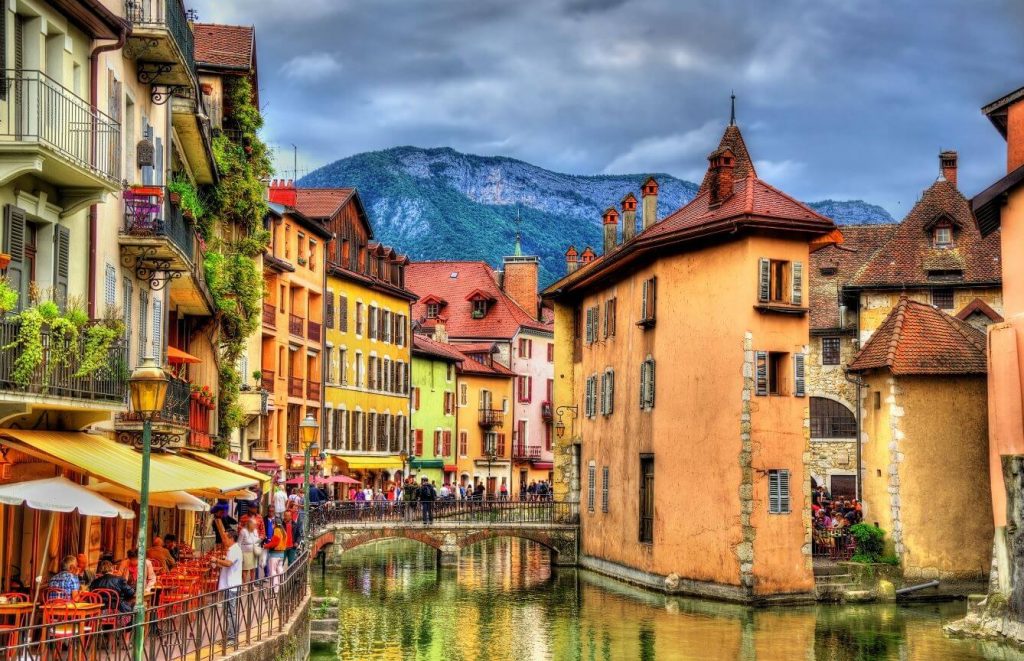 The greatest natural attraction for locals and visitors alike is the beautiful Lake Annecy, a magnet for him tourism which adds great value to the city and its people who live very attached to its waters, where they bathe, dive, sail, fish, practice water sports, have fun on its beaches or simply enjoy walks on foot or by bike along its shore.

▷ Excursion to Annecy from Geneva

Annecy is also known as the Venice of Savoy, due to the water channels that cross the fascinating historic center, to pour their waters into the lake.

Different sections of bucolic canals crossed by charming little bridges, flower-bedecked banks that adorn the terraces of many restaurants and the facades of colorful houses typical of Swiss architecture due to the fact that Annecy-le-Vieux it belonged to the Swiss canton before being annexed to France.

What to see and do in Annecy, France

Offering postcard images in any corner, the zona vieja of Annecy (Annecy-le-Vieux) captivates and surprises visitors who don’t know what to photograph first. Strolling through the pedestrian streets of the old town is a pleasure for the senses, its history of undeniable beauty will envelop us everywhere. 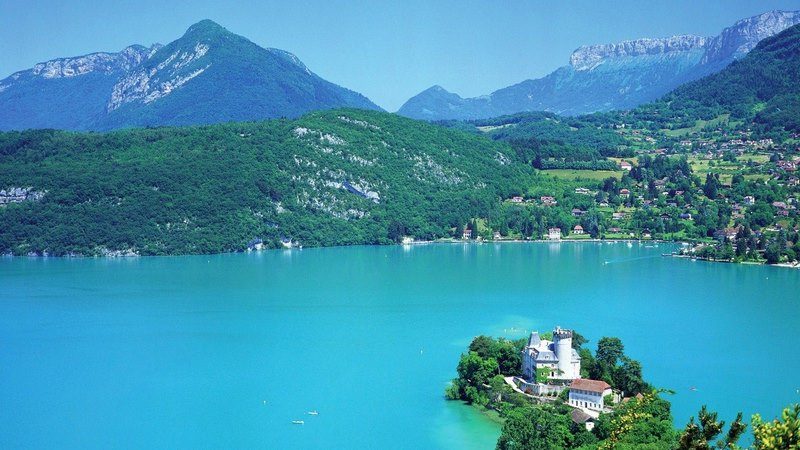 The marvelous Annecy lake, of glacial origin, with an area of ​​27.4 km2, it is the second largest lake in France and is considered one of the cleanest in the world. Great center for recreation, relaxation and rest for the inhabitants of the region and great attraction for the many visitors who come on weekends. The road that surrounds the lake is full of landscapes and places that are worth seeing, such as the Duingt Castle and the Nature Reserve of Marais du Bot.

It’s the oldest part of town and our favorite neighborhood to visit in Annecy, whose medieval heritage, offers us architectural gems quite well preserved due to the great use of stone for its construction; walls, narrow streets, houses with nested roofs, bridges and buildings such as the Island Palace, built on an island in the middle of the canal; today seat of the Museum of Annecy history and the second most photographed monument in France! 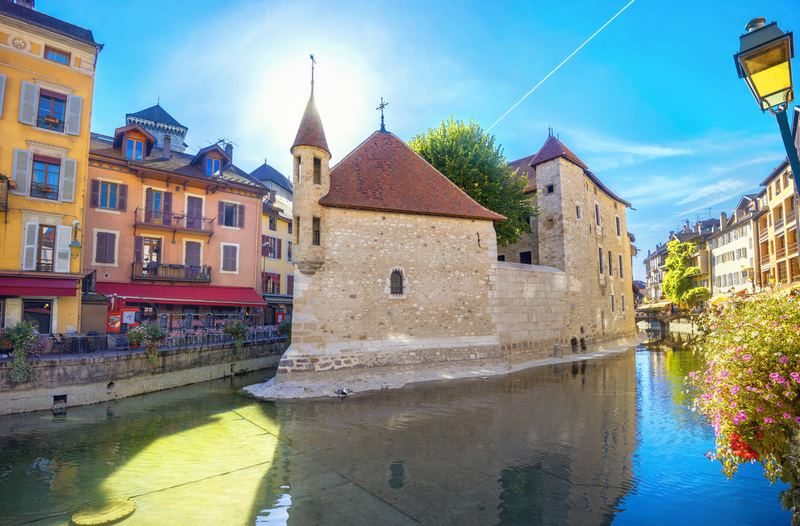 Declared National historic monument in 1900, without a doubt, the symbol of the city and one of the main monuments of Annecy postcards. Located on a small island in the Thiou canal which flows into Lake Annecy.

his rear triangular in shape it looks like the bow of a ship stranded in a canal. It was built in the 12th century, as the official residence of the Lord of Annecy Later, it was the Palace of Justice, the Mint and it finally served as a prison until 1865. Today its old ramparts house the City History Museum and it is the main monument. what to see in Annecy. 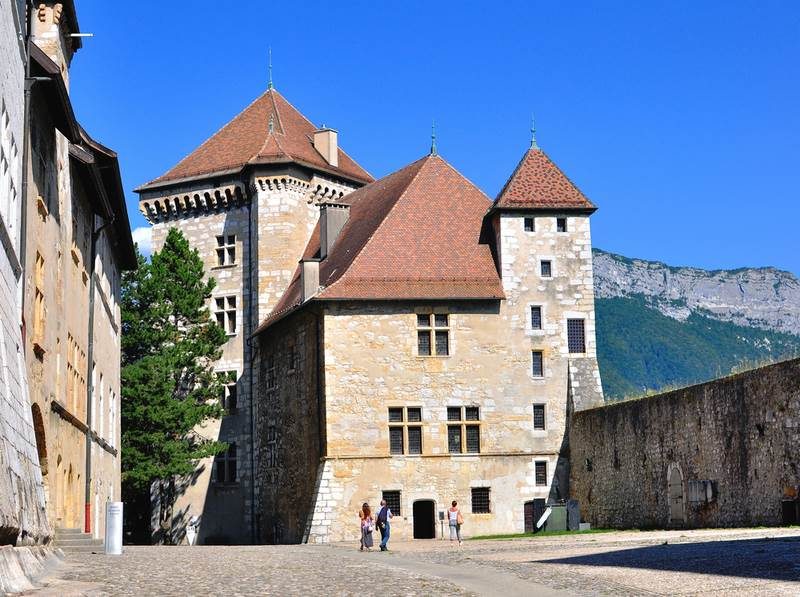 Between the monuments to see in Annecy, is the Castle. It is a monumental 12th century fortress, built by the counts of Geneva on Mount Semnoz inhabited until the 17th century when it was abandoned after a period of decline. In 1953, the city finally decided to buy the castle for its recovery and conditioning for its current function as a museum.

The museum houses the Headquarters Regional Observatory of Alpine Lakes and the Archaeological Museum where you can find exhibits on the first inhabitants of the lake, aquariums with fish species from alpine lakes and a model of the lake itself. Annecy lake.

Also of interest are model ships and a display of fishing tools. In another section of the castle is the Museum of Alpine Folk Art, with a large collection of regional sculptures and paintings. It also exhibits a collection of antique furniture and other types of historical objects. 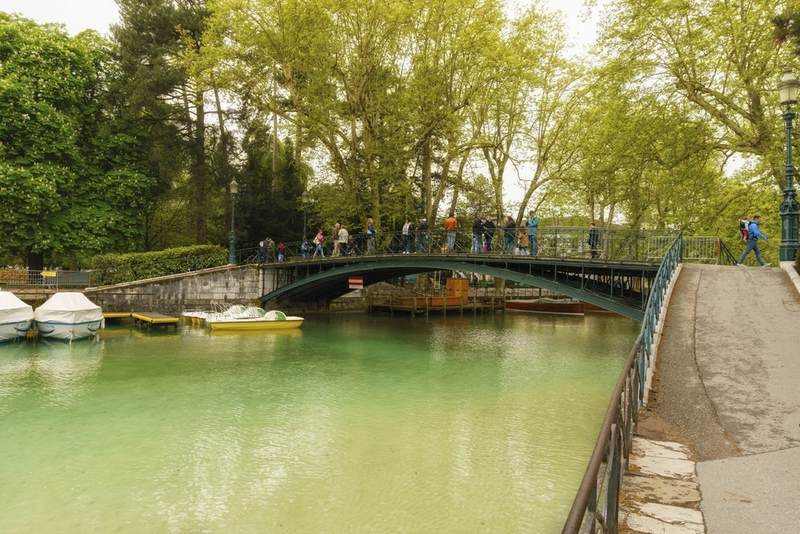 The Pont des Amours, located on the Vasse canal, one of the canals that discharge its waters into Lake Annecy. Popular belief is that the bridge owes its name to the ancient custom of going to this place to meet prostitutes. Nowadays, however, it enjoys great romantic symbolism and lovers who, according to legend, come to walk on this bridge. they will stay together for life if they kiss in its central part. 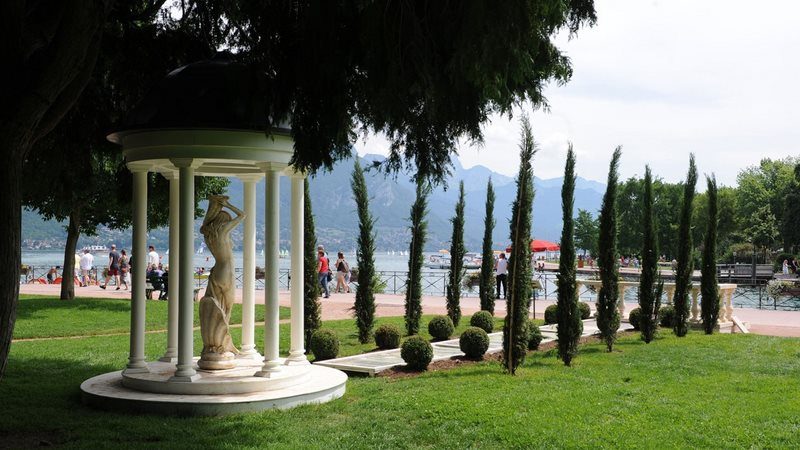 Crossing the Pont des Amours we arrived at the park of the Gardens of Europe. They were created by a wealthy family outside the city walls, in a marshy area on the shores of Lake Annecy.

Today it’s a large urban park, with many trees and shrubs and impressive views of the large blue lake where you can breathe peace and silence. An idyllic place to picnic, take a walk or spend time in meditation and relaxation. In this magnificent urban park, we can observe and admire the curious tree of the Gingko Biloba and specimens of giant sequoias.

How to get to Annecy, France

Annecy sits at the foot of the French Alps and the two nearest and most important towns are Lyonnais in France and Geneva in Switzerland, so if you live very far away and you are not on the road, you have to take a flight to one of these cities.

By car: The best way to get to Annecy is by car. This way we are free to move around Annecy, they are magnificent, And we don’t depend on public transport, which works very well between cities, but to get to certain specific places, it is not the most suitable.

By train: There are several daily trains connecting the station Lyon Part Dieu con Annecy and it takes about two hours. Although it is possible to come and go during the day, we recommend that you spend at least one night to get to know the city well.

By bus: Some direct buses connect Geneva to Annecy and take between 45 minutes and an hour and a half. The main bus station is Geneva bus station although some also leave from the station from Geneve Eaux-Vives.

From Lyon the company Ouibus It gives us two options; Direct lines from Lyon-Saint Exupéry airport, ideal if you arrive by plane. The other comes from the bus stop Lyon-Perrache station. In this case, the trips last between an hour and a half and two hours.