Free tour of VIENNA in Spanish 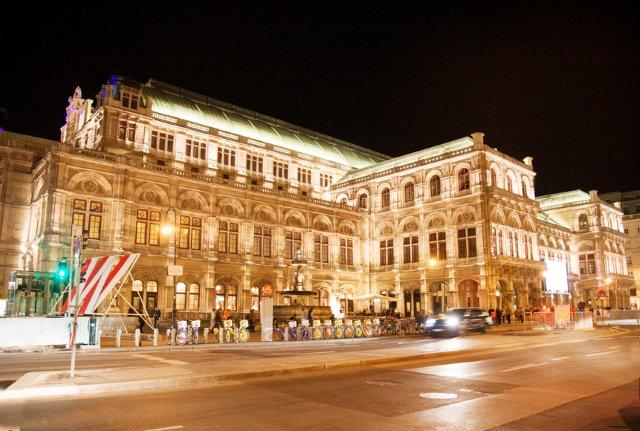 When you come to a town though majestic as ViennaThe first thing on your mind is to start walking all of its streets to find out what monuments and stories it hides. And for that we always recommend doing one of the best Free tour of Vienna in Spanish.

These are guided tours They are carried out on foot while a city guide accompanies you and at the end of it you leave a tip for your services, which is generally between 5 and 10 euros per person (or whatever you want) according to your taste. explanations of the guide.

If you are still not sure which Vienna tour to book, here we show you which ones suit us best. free tours of Vienna in Spanish which we have found for you to enjoy during your visit to this fascinating city.

Vienna is the capital of Austria and couldn’t have a better location. Located on the banks of the Danube and surrounded by forests that serve as a threshold for the foothills of the Alps, this elegant and majestic city occupies a prominent place among the oldest capitals in Europe. the Free Vienna Tour in Spanish It is a sensational alternative to explore its long history without missing a single detail.

Write this name: Helmut Zilk-Platz square. This will be your meeting point with the rest of the tour participants. A visit that begins with some curious details about the Danube fountain at Albertinaplatz and it ends two hours later in front of the building of the Vienna opera house, the temple of classical music in the world.

When visiting our free tour of Viena we will cross the Burggarten Park, with its magnificent gardens and statues and its popular butterfly farm, we will continue to revel in the magnificence of the Hofburg Imperial Palace. Dotted with romance intrigue and other gossip, this stop will add a bit of “pink” to your visit before moving on to somewhat darker aspects of the city’s history.

On the square Josefsplatz They will explain to you the story of Kaiser Joseph II and in Helmut Zilk-Platz we will see the Monument against war and fascism which will bring to mind some of the most tragic episodes of the 20th century.

But our free tour for Viena continue and soon we will find optimism and joy in the square New market, gateway to the most musical district of the capital.

Nearby is the Mozart house and the St. Stephen’s Cathedral, where the wedding and funeral of its most illustrious composer took place.

What to do in Vienna after our free Spanish tour is over?

Once your free tour for Viena And since we are in the city center, you can continue your walk by visiting the most famous cafes and restaurants in Vienna, such as Café Mozart, Hotel Sacher (to buy one of their famous cakes) and if we have hungry, we recommend you try one of the best Viennese Schnitzel at the restaurant Figlmüller.

If you spend 3 days in Vienna, another Free Vienna Tour in Spanish what we recommend is this. It takes about two hours, and we’ll enter the most modern – and no less interesting – part of town.

The visit starts at the same place as the previous one: The square Helmut Zilk-Platz. The first thing we will do will be to contemplate the facade of the Albertina Museum It houses one of the most important art collections in Europe.

From there we will move away from the historic city center until we reach the Stadpark, a former imperial hunting reserve now converted into the most visited park in Vienna. Here are several sculptures by famous European composers highlighting above all the golden statue of Johann Strauss.

We will leave the park to go to the Konzerthaus -or house of concerts in Spanish- which was inaugurated in 1913 with the Festive prelude from Richard Strauss.

The next stop of our Free Vienna Tour in Spanish, is the Viennese Secession building, a museum of modern art crowned with a dome of golden laurels and the place where Gustav Klimt held exhibitions.

Our free tour for Viena finished in Museum SquareFrom the name alone you can already guess that some of Vienna’s most important museums are located here.

If you want to be dazzled by the beauty of Vienna’s perfectly illuminated landmarks, you have to do it Free Vienna Night Tour. It has only one drawback, the explanations are in English. But even if you don’t follow the guide’s talk, it’s worth the visit.

If you have already done the free tour of Vienna in Spanish, This one is almost identical, but this time we’re going to look for the brightest corners of Vienna.

the Free Vienna Night Tour It is a very glamorous tourist experience with which we get an exclusive and different image of this city.

For this nighttime rendezvous with the capital of Austria, it is best to dress comfortably since you will be walking the streets of the city for around two hours. From the historic square Helmut Zilk-Platz around the St. Stephen’s Cathedral, this night tour walks in search of the most enlightened corners of the city.

Places of great beauty such as Buggaten Park, next to the Hofburg Imperial Palace, are an example of the harmony that reigns in this city and the enigmatic touch that its architecture acquires in the light of the street lamps.

Even places historically stained with pain and suffering like Josefplatz Square and the Monument against war and fascism, they show their cutest and most beautiful face in the evening.

This is without a doubt the best time to enter the streets around the square New market, know her mozart house or gaze at the towering towers of the Cathedral of San Esteban soaring up to the stars.

Tours and activities in Vienna

If you are among those who want a more complete experience or want to complete their trip to Vienna in 3 days with an additional visit, do not forget to take a look at the proposals we recommend below.