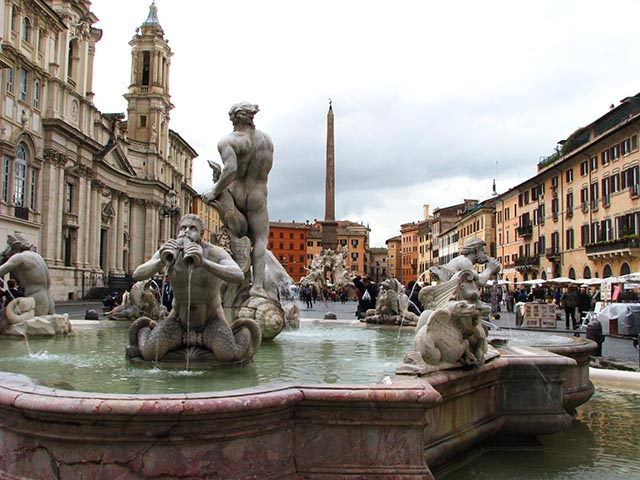 Rome is known as the Eternal City, and it’s not a nickname in vain.

To speak of the Italian capital is to speak of a metropolis whose history spans three millennia like a great epic; of a city which was the cradle, the influence and the symbol of humanity and which continues today to vibrate with the life of more than 2.7 million inhabitants.

So eternal, so immeasurable, is Rome and the melting pot of stories it hides. 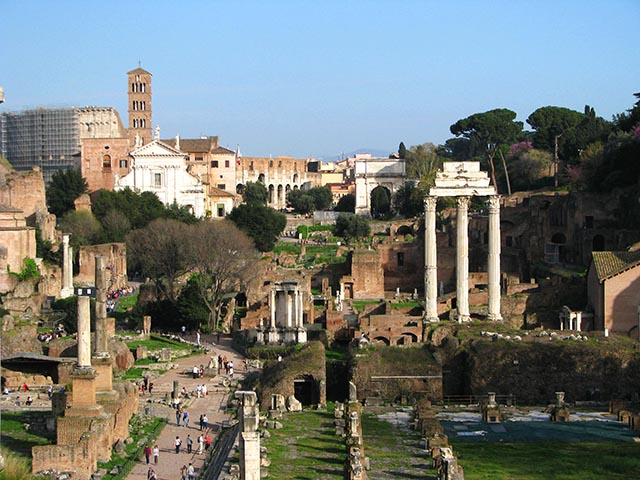 And it is eternal, too, because within its borders, it condenses one of the greatest artistic, cultural and historical heritages in the world. It is impossible to take more than two steps without finding a church, to turn a corner without stumbling upon an ancient ruin. However, despite this enormous wealth of heritage, if you do not have too much time to visit the Eternal City, you can walk through its center in a few hours and savor its most emblematic places.

I tell you what to do and what to see in a day in Rome so that you know the essence of the Italian capital and have one more reason, even if you will surely not run out of reasons, to return there.

If you have a project trip to Rome, You might be interested in our article on cheap hotels in Rome and how to get from Fiumicino to central Rome

The ruins of the Roman Empire in Rome

The heart of Rome rises, on the banks of the Tiber, between seven hills. A good starting point to discover the city’s past is the splendid historical trio that they form the Colosseum, the Roman Forum and the Palatine Hill, home to some of the city’s most evocative Roman ruins and a of the main monuments of Rome.

The entrance to visit them is combined: for 12 € (or 7.5 € if you are a student or European citizen under 26) you can access them all. All three tours would occupy a large part of the day, so, on this tour, I suggest you visit the Colosseum. 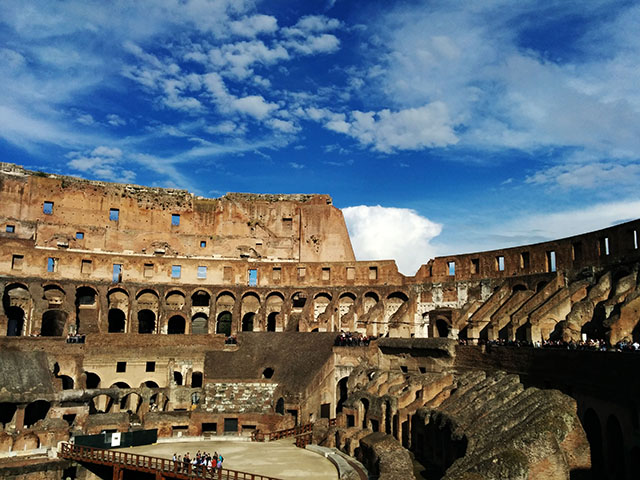 Interior of the Roman Colosseum

This imposing amphitheater was built in the 1st century and is one of the best-preserved monuments of the Roman Empire: so much so that it is part of the Unesco World Heritage List and is also considered one of the New Seven Wonders of the Modern World.

Walking through the corridors and looking at the central square of the gigantic Colosseum, one would almost have the impression of hearing the cries of thousands of spectators from all walks of life echoing in the stands during a fight between gladiators.

At the exit, stroll through the surrounding streets and you can see the Roman Forum up close, the space around which ancient Rome revolved.

The remains of temples, basilicas, arcades and curies are still visible, and allow us to imagine the agitation which reigned in the place which served as the backbone of commerce, justice and the religion of the Republic. From the back of the nearby Campidoglio Square you will have beautiful elevated views of the Forum.

The most emblematic squares and fountains in Rome

Starting from this monumental area, take Via dei Fori Imperiali, full of street vendors and atmosphere, and you will find yourself in Piazza Venezia. In this square stands a monument which, with its colossal size and immaculate white, is visible from all over the city: and the Monument to Vittorio Emanuele II.

The “wedding cake”, as this construction is nicknamed for its shape and color, pays homage to the first king of unified Italy. Although aesthetically unappreciated, it offers a free terrace with a surprising panoramic view of Rome and the Vatican. 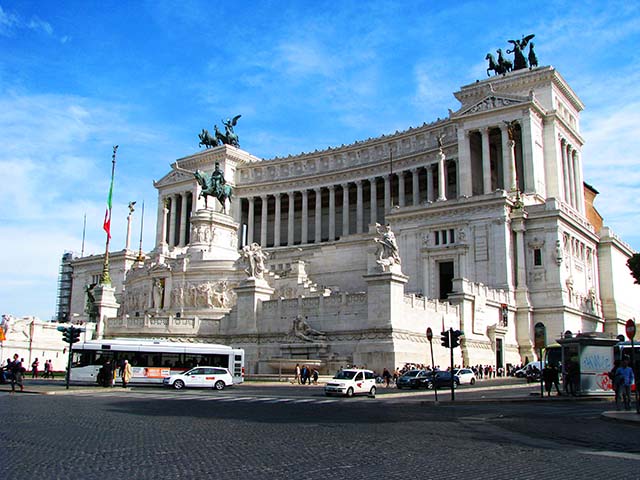 Now take Via del Plebiscito and in ten minutes you will reach the Largo di Torre Argentina, a square that preserves the remains of some Roman temples and the theater of Pompey.

In this square, in the year 44 BC, takes place one of the most famous episodes in the history of ancient Rome: the assassination of Julius Caesar in the hands of conspirators. Today the square is home to a refuge for cats, who roam the unconscious ruins of the past.

From the square, Via di Torre Argentina will take you in a few minutes to one of the monumental gems of the Italian capital: the Pantheon, located in Piazza della Rotonda.

The Pantheon of Agrippa, erected in honor of all the gods at the beginning of the Roman Empire, it has been beautifully preserved thanks to the reconstructions and the transformation into a Christian church that it has undergone over the centuries. Entrance is free and inside, in addition to contemplating the legacy of time, you can see the tomb of the painter and sculptor Rafael.

The neighboring streets, such as Via del Seminario or Via dei Pastini, welcome one restaurant after another where to eat a tourist menu and recharge your batteries.

After visiting the Pantheon, you have two options. The first is to walk a few minutes west until you reach Piazza Navona, a monumental square crowned by magnificent fountains and one of the many Egyptian obelisks that stand in Rome.

From here the streets that stretch west lead to the Tiber and, on the other side, to the circular castle Castel Sant’Angelo. This part of the tour is ideal if you want to end the day with a visit to the Vatican: a Via della Conciliazione leads to the iconic Saint Peter’s Square and at the homonymous basilica, the sacred heart of Catholicism.

Fountain of Neptune in Piazza Navona

If you prefer to continue exploring central Rome, walk east from the Pantheon and in less than ten minutes the most mythical fountain of the hundreds that dot the city will appear, against you.

You are in the grandiose and white Trevi fountain, a flirtatious movie star and a magnet for the thousands of visitors who flock there at all hours of the day.

The fountain is a great place to end a day trip to Rome, and what better way to do so than to follow tradition? Take a coin and throw it over your shoulder into the waters of the fountain: according to legend, this will ensure your return to the Eternal City.

And, if you still have a few hours left in Rome, head north towards Piazza di Spagna, where the famous staircases invite you to rest and contemplate the city skyline from above before setting off. browse the shops of the prestigious Via dei Condotti and say goodbye to the city.