What to see in Alcalá del Júcar, the star of Albacete 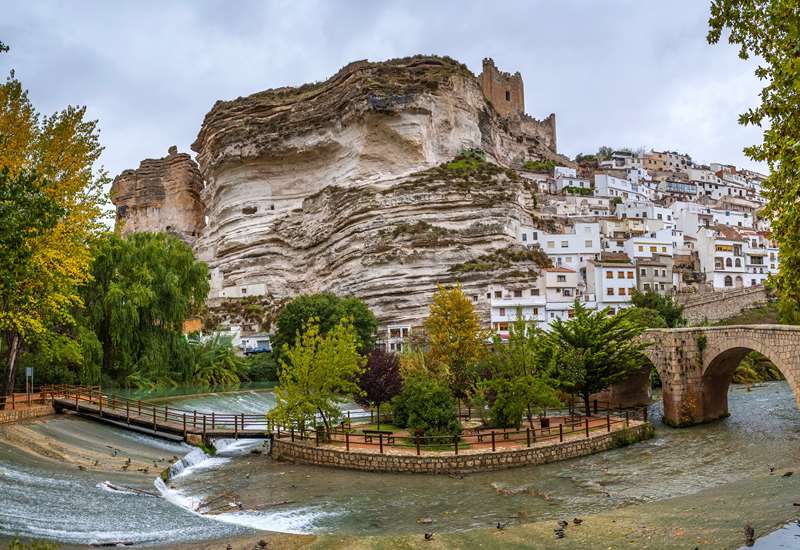 Alcalá de Júcar It is one of the the most beautiful towns of Castilla la Mancha located in the southwest of the province of Albacete.

With a small population of 1,202 inhabitants, the town is only 64 km from the provincial capital and it has an admirable historic center, making it an ideal destination for the weekend traveler. 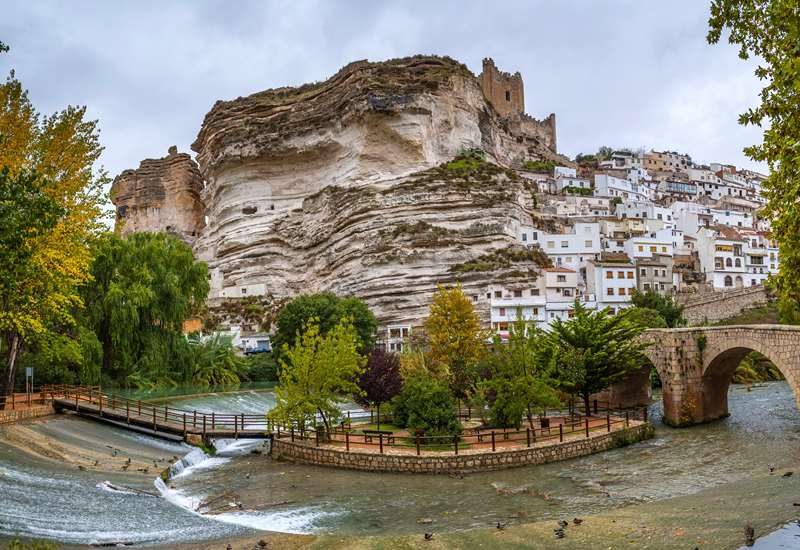 Without a doubt, we are talking about one of the the most beautiful cities in Spain and one of the most picturesque in Albacete and probably in the whole peninsula. So much so that in 1986, he came in third place in a competition on the best artistic lighting, just behind the Eiffel Tower in Paris and the Grand Mosque in Istanbul.

But why is this small town home to such a precious heritage? It all dates back to the 12th century, when Alcalá de Júcar was a Muslim fortress. It was part of a line of defense built on the banks of the river to contain the pressure that the Christian kings gradually exerted on the Muslim empire of the Iberian Peninsula.

For this reason, this city is a mixture of a historical center of more Christian style with Arab vestiges, which makes it a unique place.

What to see and do in Alcalá del Júcar

Once in town, you may be wondering: and now what can we visit? Don’t worry, we have the solution. Keep reading this article and check out all the plans and locations you We recommend that you visit Alcalá del Júcar andn this magical city.

The Castle of the Moors

One of its main attractions is, without a doubt, the Moorish Castle. This is located on a millstone formed by the gorges of the Júcar river (which, as we can see, gives the town its name).

The castle was built strategically in an elevated area of the population, which makes the views spectacular.

It dates from the 12th-13th centuries and was an invincible fortress against Christian forces, until 1213, King Alfonso VIII could definitely regain his domain.

Due to its recent reconstruction work, its beauty is at its best. It is composed of a pentagonal tower and two circular towers annexed at right angles, with three heights inside.

In addition, in the surroundings you can still see ancient remains of the primitive wall.

This small town also has a residence specially designed for artists, the first center with these characteristics in Spain.

We recommend that you visit this residence, as you will experience the coexistence of different cultures and artistic styles in an unbeatable setting.

The hermitage of San Lorenzo

Among the best things to see in Alcalá del Júcar, this hermitage dates from the year 1579, although due to a collapse it had to be restored in 1742. There are various paintings and remains of neoclassical decorations.

The hermitage is located full old town of Alcalá del Júcar, which gives it extra beauty.

The parish church of San Andrés

Located in the lower part of the hill, in the urban area of ​​Alcalá del Júcar. This church is undoubtedly one of the main references of the city.

Its construction dates from the 16th century, but it was not completed until the 18th century, which is why we find various architectural features in its architecture, ranging from Gothic to late neoclassical.

Its structure consists of a single nave in the shape of a Latin cross, also with a late Gothic vault.

At the head is a domed transept dating from 1767.

the Roman bridge of Alcala del Júcar It had a great importance in this population, especially in the period between the fourteenth and the fifteenth century. So much so that it ended up becoming the dry port or customs of the Camino Real de Castilla in Levante.

This region is worth a visit, not only for its beauty but also for the history it contains.

This square is one of the oldest in Spain. It is an example of mud brick constructions because it has an irregular shape and not the typical circle that we all know. It was built on a hill and has about 1000 places for the public.

The caves of Masago

Due to the location of Alcalá, most of the houses of its inhabitants are carved into the mountain itself, which has caves that even reach the end of the rock on which the town stands. One of the most remarkable caves is, without a doubt, Masago cave, named after the city’s founder. It is the oldest cave in the city, dating from 1962.

He is unique environment It was chopped by hand in the mountains, preserving the original hash. Lose yourself in its 110-meter course and observe the Júcar gorges from any of its viewpoints or terraces.

In addition, you can enjoy the gastronomy of La Mancha in its restaurant. You can’t miss this.

These caves are located very close to the hermitage of San Lorenzo and are approximately 40 meters high and 35 meters deep.

Among its remains, we can appreciate one of the rare examples of a fortified cave by the Muslims of the peninsula.

They have 750 years of history. Thanks to its vantage point, you can have a panoramic view of the city.

We recommend that you take a walk through the meanders of the Júcar River, a river corridor that exceeds 40 km in length. The landscape will captivate you. This is the best option if you are keen on hiking.

The Júcar river crosses various wooded areas of oak groves and work fields until it forms a canyon of great beauty in the region of La Manchuela.

After all that you still have doubts discover Alcalá de Júcar? Do not miss the charm of this city and let yourself be seduced by its magic.